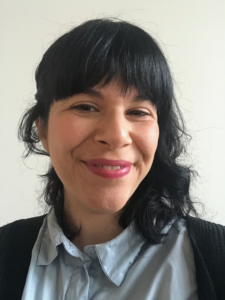 As a social scientist, her research lies at the intersection of Social Robotics, Social Psychology, and Ethical and Inclusive HRI. In detail, she is interested in finding new ways to measure people’s perceptions and states during the interaction with robots, discovering how such states and perceptions develop over time, and understanding whether and how the design, perception and interaction with social robots could reproduce biases and stereotypes existing in society at large.

Dr. Perugia’s research earned her several awards. She was runner-up for the Best Paper Award at the conferences IEEE RO-MAN 2020 and ACM/IEEE HRI 2022, got shortlisted for the RSJ/KROS Distinguished Interdisciplinary Research Award in 2020 after winning it in 2017, and received an honorable mention at the ACM/IEEE HRI conference in 2022.